Where the income earned from an investment is less than the costs associated with obtaining and maintaining the investment. The “loss” can be deducted from taxable income.

So called ‘non-conforming’ finance refers to loans that cater for those who can’t meet the standard income verification and credit history criteria mainstream lenders like banks and mortgage originators use for ordinary borrowers. Such borrowers include those who are self-employed, have a poor credit record or who have recently arrived in Australia. Non-conforming loans are usually at higher interest rates to reflect higher risk of these borrowers. the Non-conforming finance is also called ‘sub-prime lending’.

The Official Cash Rate is the interest rate set by the Reserve Bank of Australia and used to influence the general level of interest rates in banking and the economy. Changes to the cash rate, also termed “official interest rates”, flow on to variable home loan, personal loan and credit card rates within weeks.

Offset accounts can help reduce your tax bill by offsetting taxable income from deposit accounts against interest paid in after tax dollars on mortgage repayments. However, not all offset accounts are equal, with many not paying the same interest as you are charged on your mortgage.
Old System Title

Under “Old System”, there is a separate deed prepared and executed each time property is transferred or a mortgage is taken etc. If one transaction is missing, the ownership can revert to a previous owner. A complex title system, with heavy associated legal costs. Less than 5% of land remains under Old System Title.

A prearranged limit to which a person can exceed the account balance. Usually used for business purposes.

A portable loan allows you to sell your house and move to a new one without having to refinance. This saves application and legal fees. Most lenders however insist that the loan amount is the same or less. Make sure you know the terms of your loan.

A loan where both the principal and interest are repaid together on a regular basis, mostly by monthly instalments (P&I).

A request to the Lands Title Office to ascertain who owns a specified land and what encumbrances are on the title.

An asset that protects a Lender’s risk until the loan is fully repaid. Usually property, such as real estate, is offered as security.

Usually a monthly fee levied to cover bank cost of administering & maintaining the loan account i.e. fixed and variable costs such as staff, IT software / hardware

Date on which the new owner finalises payment and assumes possession of land. Sometimes called the “Drawdown” date, as this is the date the loan is usually fully drawn.

State Government tax assessed on the sale price of the property. First home buyers may be eligible for concessions on this.

The rate which lenders apply to their ‘premium’ home loan product. Carries features such as a redraw facility, portability, salary account and mortgage offset.

Similar to Torrens Title, but usually over units. With Torrens title, the land is owned plus everything thereon. With Strata Title, only a particular unit is owned.

‘Sub-prime lending’, also called ‘non-conforming’ loans, refers to loans that cater for those who can’t meet the standard income verification and credit history criteria mainstream lenders like banks and mortgage originators use for ordinary borrowers. Such borrowers include those who are self-employed, have a poor credit record or who have recently arrived in Australia. Non-conforming loans are usually at higher interest rates to reflect higher risk of these borrowers.

A plan that shows the boundaries and the building position on a block of land.

The lender may impose a switching fee where an existing borrower wishes to change from one loan type to another e.g. Variable Rate Loan to Fixed Rate Loan.

Where more than one person is the owner of the property. Each owner has a nominated share of ownership, such as 25% each.

Torrens Title is the most common form of property title in Australia. All previous and current owners are listed on the one deed, as are all previous mortgagees etc. Also know as “RPA” standing for “Real Property Act”, the legislation that governs the operation of Torrens Title.

The Uniform Consumer Credit Code is legislation to ensure uniformity amongst all credit providers across all Australian states. For example, all loan contracts must now adhere to a uniform format as specified by the act. It must set out all fees and charges that the borrower (and, if required, guarantor) are liable for under the loan contract.

A report giving a professional opinion on the value of property. A valuation obtained for one Lender is NOT suitable for another Lender, as each valuation has an indemnity clause that protects the specific Lender. Valuations can take several days, as the Valuer may need access to the dwelling, so appointments with current owners/renters are necessary. This can slow the process. Some Lenders may not require formal valuations, subject to certain conditions.

An interest rate that varies during the term of the loan, in accordance with market forces.

A Certificate that confirms the local government authority guidelines as to the permitted uses of the land. 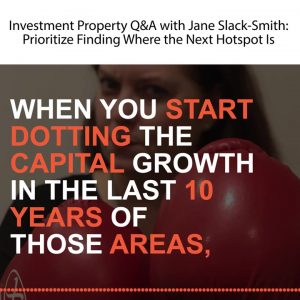 Prioritize Finding Where the Next Hotspot Is

Stay up to date with the latest developments in the property market over the past month. Our video takes you through an overview of the state...