The average annual percentage rate (AAPR) wraps up interest payments and fees and expresses all these costs in one rate. It is designed to reflect the total annual cost to a borrower of a loan. All lenders must disclose this benchmark rate in their advertising of home loans and personal loans from July 2003. In Australia, the AAPR is officially called the ‘Comparison Rate’.

Interest calculated and added to the interest amount payable, but which is not yet paid.

Scheduled repayment of a loan through regular instalments over a period of time (e.g. weekly, fortnightly or monthly repayments over a 30 year term). The borrower pays the interest and part of the principal in each repayment. Contrast to “Interest Only Loan”.

Fees that Lenders charge to consider a loan application. These are paid up front and are usually not refundable unless the loan is refused.

The total of overdue loan repayments.

Real estate, securities, cash and other goods owned by individuals.

Basic or ‘no frills’ loans

Many lenders offer a class of home loan which has a lower variable interest rate than their standard variable rate loan. The trade off is that these discount loans generally have less flexibility and fewer features, eg. no extra repayments can be made, the repayment level cannot be varied or no redraw is available.

Applied to loans commonly called ‘No Frills Loans’ which are generally cheaper than Standard Variable Rate Loans but do not have features such as a redraw facility or mortgage offset.

A short term Loan that covers a financial gap between the purchase of a property and the sale of a current property.

A certificate issued by Council (for a fee) confirming that all buildings on the land comply with Council’s building regulations.

A certificate issued by a government body that describes a title reference to a particular parcel of land, the registered owner of that land and any encumbrances (such as a mortgage) registered against the title.

A property title where several dwellings are erected on an estate, where the owners have access to a community club house, swimming pool, barbecue area, tennis court etc. The owners have to pay levies for upkeep on the community facilities.

All lenders must disclose a benchmark comparison rate in their advertising of home loans and personal loans since July 2003. This Comparison Rate is designed to reflect the total annual cost to a borrower of a loan. It wraps up interest payments and fees and expresses all these costs in one rate, or the average annual percentage rate (AAPR). On the Infochoice website, to make comparisons between products easier, the comparison rates displayed in tables are based on uniform amounts and terms:

Personal loan Comparison Rates vary depending on the rate type and term: Variable – Comparison rates based on $30,000 over 5 years

Full comparison rate schedules giving rates based on a variety of amounts and terms are available from the lenders.

Imposes conditions on the use of, or the nature of the dwellings erected on, a parcel of land.

An organisation to which Lenders subscribe that holds credit information on individuals. For a fee, it is possible to obtain a listing that details your credit history. 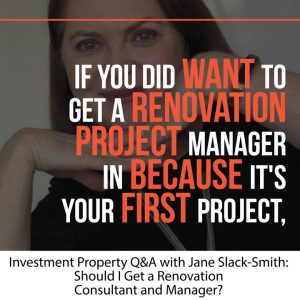 Should I Get a Renovation Consultant and Manager?

Should I Get a Renovation Consultant and Manager? #Supersizeit If you did want to get a renovation project manager in because it's your first... 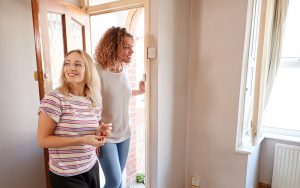 Make 2022 the year you buy your first home

If your New Year goals include buying your first home, even though you’re finding it impossible to save for that ever-increasing deposit,...